Yesterday, Peter from French Entrée, a British magazine specialising in everything French for British Francophiles, phoned me to tell me about a great deal he could give me on some advertising space.  He went on to explain that French Entrée would be at the France Show in January, happening in London and that they would be distributing the magazine to over 180,000 people.  He was delighted to be able to offer me, a past customer, a special deal of just £130 for a quarter page ad.  What a bargain, he said!

In the past 12 months, I have had almost 9,000 visitors to my website, and they have booked a total of 647 rooms.  50% of them bought dinner, 20% of them booked a champagne tour with Jiles, our champagne expert, several bought our books on the region, took picnic lunches, champagne, and some bought our App.  Many of them have been here before several times, and came back this year with their friends and family.

None of this has cost me anything, apart from my time writing blogs, newsletters, keeping in touch with my community of over 1000 past guests, giving them reasons to return, doing short videos, posting photos, helping people on forums and on the social networks.  All of which I love to do.

We specialise in helping people discover the hidden gems of Champagne, through tours, tastings and our extensive network of local producers.  We offer an experience that they wouldn’t find on their own.  We are their experts in our local area.

Ah but, Peter said, how do you know some of the people at the France Show won’t be your target market?  I don’t, I said, but many of them won’t be, so why would I spend £130 advertising to them when they’re not interested?  And he agreed with me!

Life becomes so much easier when you KNOW who you are serving. Who do you want to serve? 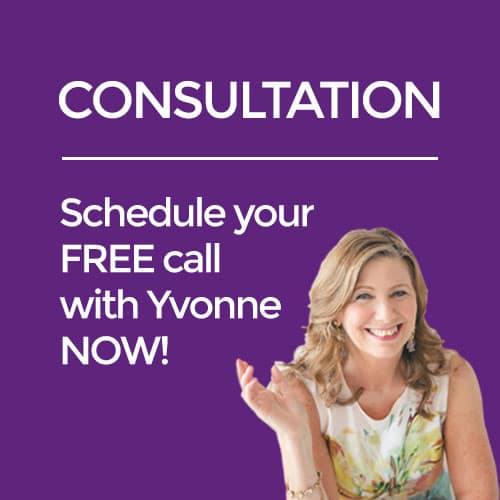 Welcome to our community, ~Contact.FirstName~!
Please check your inbox now with links to your free resources
We'll be in touch again soon
Yvonne (your Bed and Breakfast Coach)

You can find out more about which cookies we are using or switch them off in settings.

This website uses cookies so that we can provide you with the best user experience possible. Cookie information is stored in your browser and performs functions such as recognising you when you return to our website and helping our team to understand which sections of the website you find most interesting and useful.

Strictly Necessary Cookie should be enabled at all times so that we can save your preferences for cookie settings.

If you disable this cookie, we will not be able to save your preferences. This means that every time you visit this website you will need to enable or disable cookies again.

This website uses Google Analytics to collect anonymous information such as the number of visitors to the site, and the most popular pages.

Please enable Strictly Necessary Cookies first so that we can save your preferences!

Send this to friend